Her name is VIKING…

The Viking is an exact replica of the Gokstad. In 1893, under Captain Magnus Andersen, she sailed across the Atlantic (from Bergen, Norway to New York) and on to the World’s Columbian Exposition in Chicago (via the Erie Canal and Great Lakes).

Viking is approximately 78 feet long and is currently located in Geneva, Illinois at Good Templar Park.

Declared one of the 10 most endangered landmarks in Illinois in 2007, this important, irreplaceable piece of our nation’s and region’s history must be preserved.

The purpose of “Friends of the Viking Ship, N.F.P.” (FOVS) is: to facilitate the preservation of the 1893 Viking Ship as an important artifact from the Columbian Exposition, and to advocate its public display in a permanent museum setting with adequate security and climate control. To accomplish this goal, FOVS will raise funds for its protection and preservation, and for interpretation of its history. FOVS will also seek appropriate partners who share our mission of securing an optimal long-term home.

The Viking Ship Exhibit will open in June this year.  See our schedule here. Come see the improvements made in 2018!  Docent led tours begin approximately every 30 minutes. Last “Tour” begins at 3:30 PM.

View a documentary about this Viking ship that sailed from Norway to Chicago in 1893 below.

Viking now counts five “homes” after her launch in Sandefjord, Norway in 1893 and her voyage to Bergen and onward to Chicago: 1893-94: New Orleans, final stop in her journey downriver towards the... READ MORE

FOVS is proud to report that we are now an accredited charity with the Better Business Bureau Wise Giving Alliance (BBBWGA).  Achieving accreditation mean we meet the high standards set by the BBBWGA... READ MORE 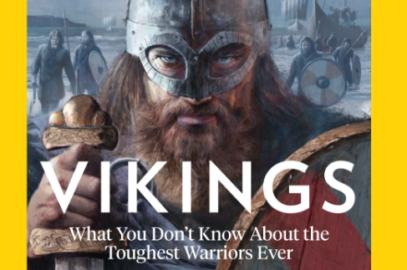 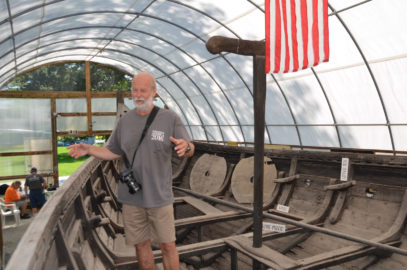 It is with great joy that it can be reported that the main stabilization work on Viking is finished!  With the visit to our ship by our primary consultant Gunnar Eldjarn in August,... READ MORE 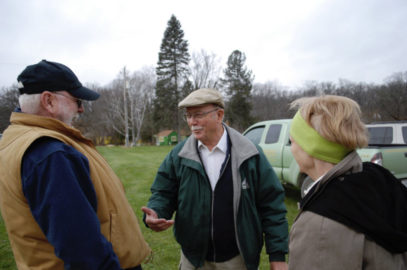 This angel doesn’t have wings and even smokes cigars! Ever since the Viking arrived in Geneva, Illinois, Peter Orum of Midwest Ground Covers (“MGC”), based in Saint Charles, Illinois, has been “watching” over... READ MORE

Members of the Friends of the Viking Ship Stabilization Committee have been working hard, and their efforts have resulted in an adequate support system for Viking. To be properly supported, the ship needed... READ MORE 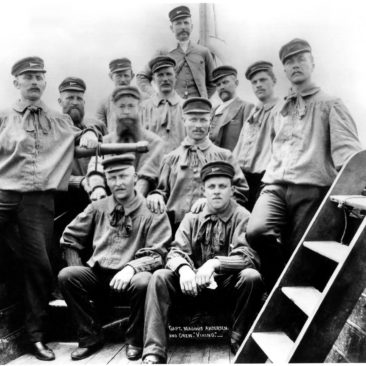 While initially reluctant to lead the effort to build "Viking," Captain Magnus Andersen was persuaded when "a rival paper opposed the measure and the scheme came near being dropped, but I was then unwilling to forsake it and kept agitating the matter. I got the sailors interested and we finally succeeded in raising the funds."
… See MoreSee Less