There is a widespread misunderstanding that the ship initially was named the Raven, and only later renamed Viking.

When one investigates the sources, there is no doubt that Viking is the correct name of the ship.  Books written by both the Captain and crew refer to the ship as Viking.  Newspaper articles written as the ship arrived in cities from New York to Chicago describe the ship as Viking.  See the christening document HERE… 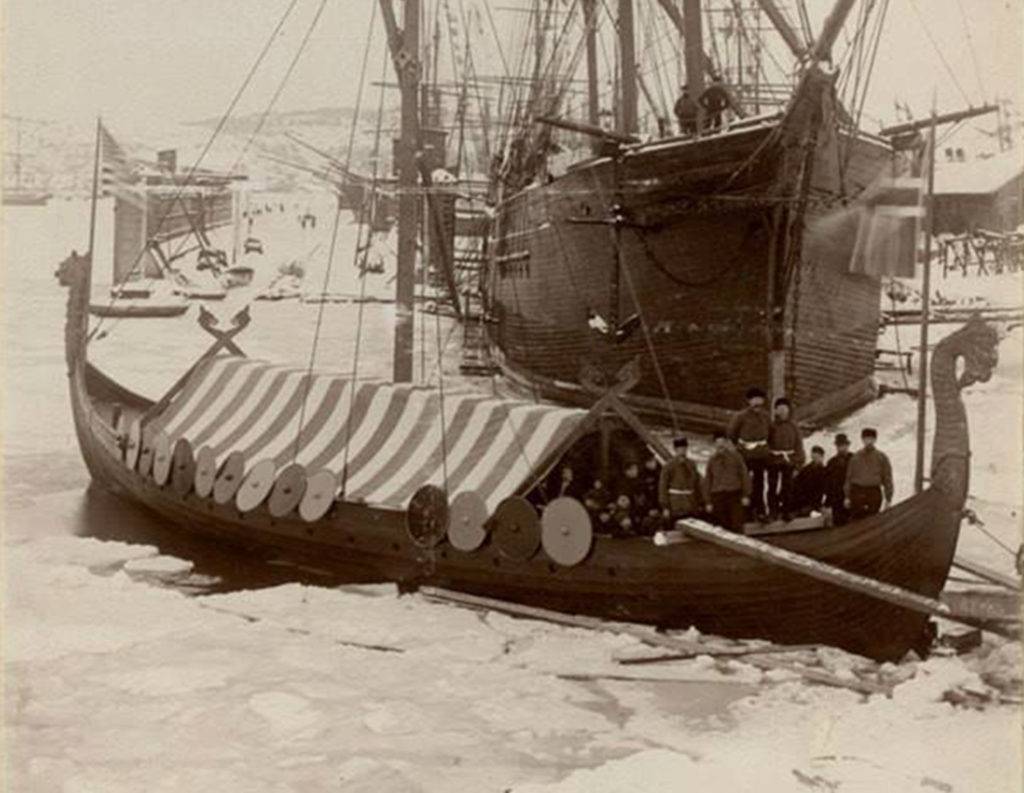 The bronze plaque from Lincoln Park

The plaque incorrectly numbers the crew at fourteen. There were only eleven crew members in addition to Captain Andersen.

“This ship came direct from Norway to Chicago under its own sails, with a crew of fourteen Norwegian sailors commanded by Captain Magnus Andersen, carrying a message of good will from the people of Norway to the American people at the World’s Columbian Exposition at Chicago in the year 1893.  It is an exact reproduction of the famous ship about 1000 years old and excavated from the “King’s Mound” at Gokstad, County of Jarlsberg, Norway.  In such ships the ancient Norwegian Vikings roamed the seas and founded Norse domains in Normandy, Ireland and Sicily. About the year 1000 A.D. the Norwegian Viking Leif Eriksen, sailing in such a ship and without the aid of compass, discovered the American continent.”

Deprecated: /var/www/a2.vikingship.us/htdocs/wp-content/plugins/the-events-calendar/src/views/widgets/list-widget.php is deprecated since version 5.13.0 with no alternative available. On version 6.0.0 this file will be removed. Please refer to https://evnt.is/v1-removal for template customization assistance. in /var/www/a2.vikingship.us/htdocs/wp-includes/functions.php on line 5063


There are no upcoming events at this time.

For the past thirteen years, the Geneva History Museum has invited local nonprofit organizations to decorate a Christmas tree. Continuing the tradition of recent years, trees will be hosted at different businesses around downtown Geneva. Friends of the Viking Ship is participating again this year and would love your vote!Cast your vote for your favorite Giving Tree at the Geneva History Museum or visit genevahistorymuseum.org/geneva-giving-trees/Each vote costs $1**Online votes require a minimum bid of $5 (or 5 votes)The winning organization keeps 100% of the funds pledged in support of their tree, while the remaining organizations split their winnings 50/50 with the Museum.
… See MoreSee Less